How to document the distribution scheme of a work?

In case of a work where A and B parts for one Role are represented by one CMO  ?

=> The CMO that initially added the role to the work is responsible for both A and B parts.

In case of a work where, for one given role, the A part is represented by a different CMO than the B part ?

=> The CMO that initially added the role should give the management of the B part to the other CMO (see “How to transfer the ownership of a role below”).

In case of a work where, for one given role, rights are split between several CMOs

=> It used not to be possible to split the management of A or B part for a role between several CMOs. As IDA’s data model is not going down to IPI’s level (Rights), this case is not currently manageable directly in IDA.

In such cases, concerned CMOs should negociate and the managing society of the role should document the distribution scheme accordingly, upon negociation.

How to transfer the ownership of the management of a role ?

=> In IDA, the CMO creating the work in IDA originally is, by default, the managing society for every Roles. As roles can be managed by several CMOs, it is possible to transfer the management of a role to another CMO. 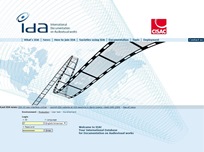 More than 35 Authors' Societies use the database on a regular basis.